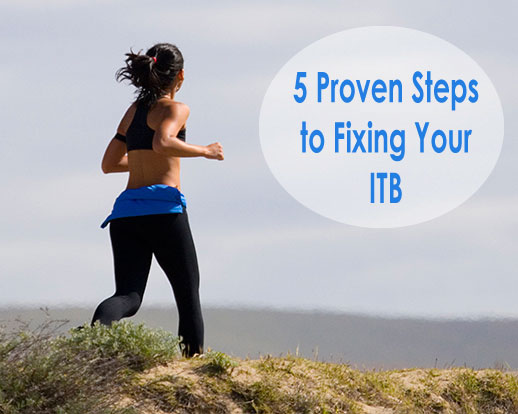 The outside of my knee hurts when I run – what is it?

September is Runner’s Month at Sport & Spinal Physiotherapy, and with the outside air warming up, more people are seen taking advantage of the great outdoor running conditions that Canberra provides. Currently, we’re offering a FREE 10min Running Assessment for the month of September to all of our valued clients. Read our terms and conditions here.

I took advantage of these wonderful conditions last year, found the running really enjoyable, got out more and more, and increased my distances…. until during one 45 minute run I started to feel a heavy sensation on the outside of my knee, which over the course of a couple of weeks developed into a burning pain which came on after 10 minutes of running, went away as soon as I stopped running, (although I kept pushing it until it did get tight and swollen, which meant pain with walking for a while), and then I found walking down stairs very difficult – so painful! This pain did not just go away by letting it rest and not running a few days – it came back again 10 minutes into my first run after resting, and I took the steps to get it sorted.

I believe I developed a case of Iliotibial Band Syndrome, or ITBS, a condition often described as the bane of runners worldwide.

Here I will talk you through

What is the ITB?

The ITB is a thick fibrous band that runs from the outside of the hip, all the way down the outside of the thigh to insert just below the knee joint on the tibia or shin bone, and the fibula. It has some attachment to the knee cap and hamstring muscles as it splays slightly as it crosses the knee. The ITB helps to assist stability when standing on one leg, and also helps slightly with movements at the knee, working as a stabiliser – although it is important to remember that the ITB is not really a muscle.

What is ITB Syndrome (ITBS)?

Traditionally ITBS syndrome has been defined as a friction syndrome – where the ITB becomes inflamed due to repetitive forwards and backwards movement of the ITB over the bony prominence on the bottom outside of your thigh bone – this has been described as the area of tissue that becomes aggravated with changes in mechanics anywhere from the thorax through to the foot, or with a change in load – as seen with my increase in running last year. However, latest studies involving cadavers have shown that the ITB is pretty firmly attached to the bottom of the thigh bone (so no movement forwards and backwards), and that the pain is due to compression of fat structures, or possibly due to a tendinopathy change – think common tendon injuries like the Achilles, patella (kneecap) or elbow (tennis elbow).  However most researchers suggest further study is required to confirm a definitive cause.

Studies have shown us that ITBS is the second most common cause of knee ‘overuse’ pain after patellofemoral dysfunction. ITBS is most common in runners, but has also been regularly seen in cyclists, soccer players, and those in the military.

It has also been found that running on cambered ground can be an aggravating factor (think running on the side of the road), as is circular track running.

Typical symptoms with ITB syndrome include pain or tightness on the outside of the knee at or just above the level of the knee cap – if running a consistent course, pain tends to appear at/about the same time on each run, and can move all the way up the outside of the leg to the hip. Symptoms are typically worse with activity and better with rest, and swelling can occur at the lower part of the band if the inflammation is severe enough.

Most commonly ITBS can be put down to inappropriate training, or abnormal biomechanics – usually a combination of the two, which I found out myself last year.  Inappropriate training in running usually involves increasing running time/frequency too quickly, and not allowing adequate rest time when increasing running load – with the end result being increased load on the ITB.

Assessing abnormal biomechanics is essential, and this is where the physiotherapist is really important. Weak hip muscles are commonly found  – especially the glut medius, which is important for stabilising the outside of the hip. If the gluts are weak, more tension is often found developing in the ITB as other muscles inserting into it are needed to help keep the hips level.

If your pelvis is tilted too far forward, weak hamstring and gluts can develop, along with tight muscles at front and inside of the thigh, again placing extra strain on the outside of the leg during running. Often this is related to weak core musculature.

Further down the leg, the foot/ankle plays a major role. Excessive pronation of the foot (usually seen as ‘flat-feet’), can place extra stress on the ITB on the outside, otherwise, having a high-arched foot (supinated foot), may put the ITB in a shortened position, and this can kick off ITBS.

Outside of the above, I have noted in the past that restricted joint movement – anywhere from the thorax through to the foot, on the same or opposite side of the sore knee, can be a driving cause of ITBS – which makes a thorough assessment really important when treating the cause of the problem!

I Think I Have ITBS – What Should I Do?

1.  Initially the pain and inflammation needs to be brought under control. This is similar to most overuse type injuries, and a combo of resting from the aggravating activity, icing, anti-inflammatory use (topical/oral, prescription or natural), and sometimes taping is used. Be diligent with the rest and getting the pain under control, ITBS can be frustrating (I know this from personal experience), and getting control over the symptoms is really important. 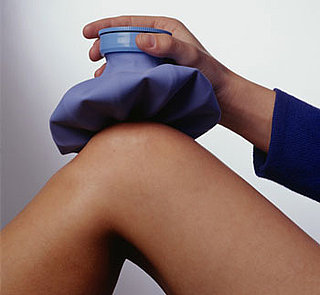 2.  The next step is to get into some stretches. A targeted stretching programme to loosen up those stiff joints and tight muscles your physio found is really important. Like I said above, those stiff structures contributing to the knee pain could be anywhere from the foot to the thorax. Sometimes actively trying to stretch the ITB early on can make the symptoms worse, so this may be left till later on in the rehab. Using a foam roller on the ITB (not over the sore part) and surrounding muscles can also be beneficial 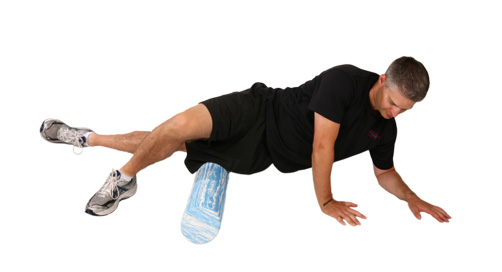 3.  Having the right running shoe for your foot type is important. Those who over-pronate will require stiffness through the heel, and denser foam on the inside sole to help control, (if the right shoe isn’t enough, sometimes orthotics are required) while those who have a high arch and likely a stiff foot will require greater cushioning in their shoe. Your physio or podiatrist can help prescribe the right shoe for you. 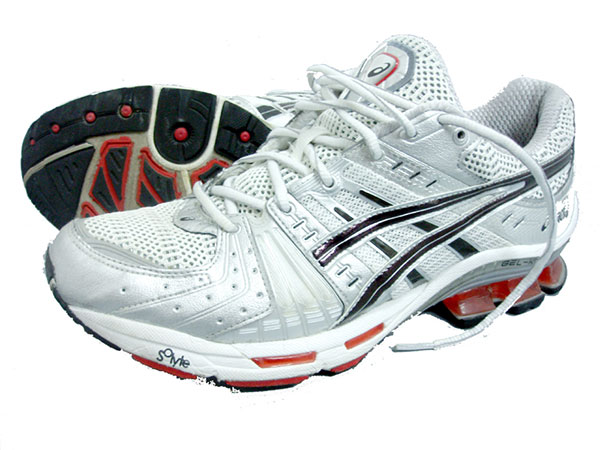 4.  Once a good stretching programme is seeing results, and the pain is under control, it is time to start some strengthening. If core weakness is deemed to be a problem, this is important to start first, and give you a good basis on which to strengthen elsewhere. In the majority of cases, this will definitely involve the gluts and the quad – generally starting with the gluts, as a strong glut helps put the quad in the most efficient position to work well. Calves are endemically weak in our population (as are gluts), so this is generally seen as a problem in recreational runners as well. 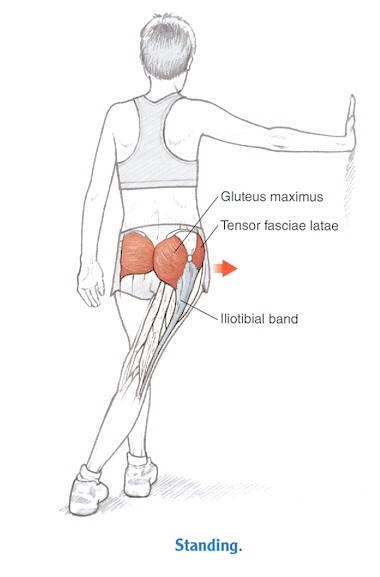 5.  With strength gains being made, a graduated return to running can start. ITBS can easily flare and it is common to have relapses, so it is important that the return to running is graduated and symptom free. Don’t think that because you ran 2km on the Monday with no pain you are good to run 10km on the Wednesday – slow incremental increases in distance and speed are key here to get you back to your normal routine.

Once you are back to your normal joyful runs in our great Canberra surrounds, it is important to maintain a regular stretching programme, along with some strength or form of cross-training to keep you clocking up those miles! If you’d like us to help diagnose any problems you have with running, we are currently offering a FREE 10min Running Assessment to our valued clients. Please read our terms & conditions here. 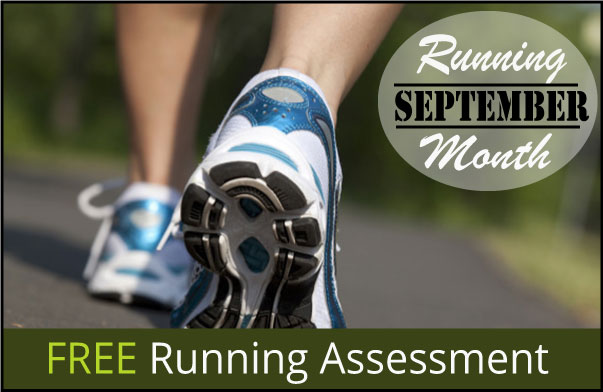 7 Easy Foam Roller Stretches To Do At Home

Essential Guide to Buying Your Next Pair of Running Shoes

How to Fix Shin Splints or Shin Pain

Jamie graduated from the University of Otago, Dunedin, New Zealand in 2010 with a Bachelor of Physiotherapy. He spent several years working out of outpatient clinics and in the inpatient setting in Invercargill on the South Island, treating a wide variety of conditions both acute and chronic in nature. His special interests include the use of dry needling for pain relief and tissue alteration, sport specific injuries and rehabilitation, and post-operative orthopaedic rehabilitation.

We offer services in;

Come and try one of our free classes this term! You can choose from Matwork Classes, Strength and Conditioning and our new CycleFIT class. If you’ve never tried one of our classes before, this is a great opportunity to check it out!
Call 6262 4464 to book your place today!

Read more about our classes… 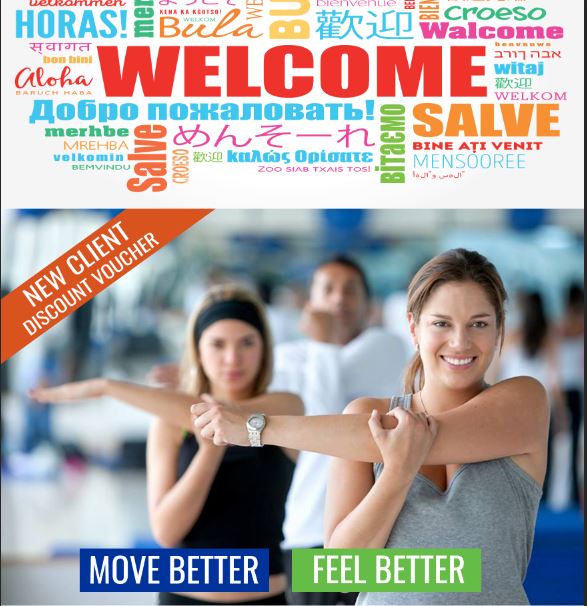