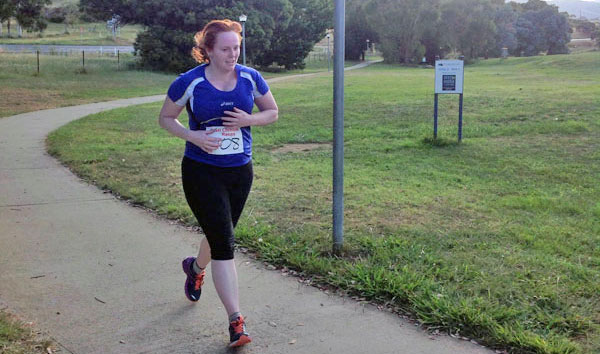 I am proud to say that the Sport & Spinal Physio team excelled again at the Sri Chinmoy Multi sport event held at Jindabyne in March, 2015. The Sri Chinmoy race consists of 12 legs of running, paddling, mountain biking and swimming where competitors race around ( and in) the beautiful Jindabyne lake and the greater snowy mountains area. Even the pre-race celebrations the night before didn’t seem to slow down the team too much.

There were a few team changes the week before with Simon pulling out and it was sad that he couldn’t join us. The good news was that our restaurant bill this year was half of last year! Simon’s absence meant that Arty stepped up for the 8km technical bike leg with Jamie taking on the 11km bike leg. Jim moved up to the 12km mountain run and Bec (Jim’s partner) put her hand up for the 1.2km swim leg.

So after a massive carbo loading dinner at the local Italian restaurant the night before, we all went back to our lodgings at the local army barracks, otherwise known as The Station.  Justin and I were up at 5am and in the car by 5.15am to get to the start of the race. Mind you our race did not start until 6.45am. The good news was that we were first. First into the car park, but it was the last time we were to be in the lead all race.

My leg was first and I entered the water rather reluctantly as it was cold and dark. I swam the 1.5kms in about 28mins (12th overall). It was a hard swim and my arms felt like jelly for the first 15mins as I was in so much oxygen debt.

Then Justin took on the 9km paddle, which he did in about 55mins (13th overall). Justin was to paddle 3 legs in the end and his time for this first leg was already faster than last year. 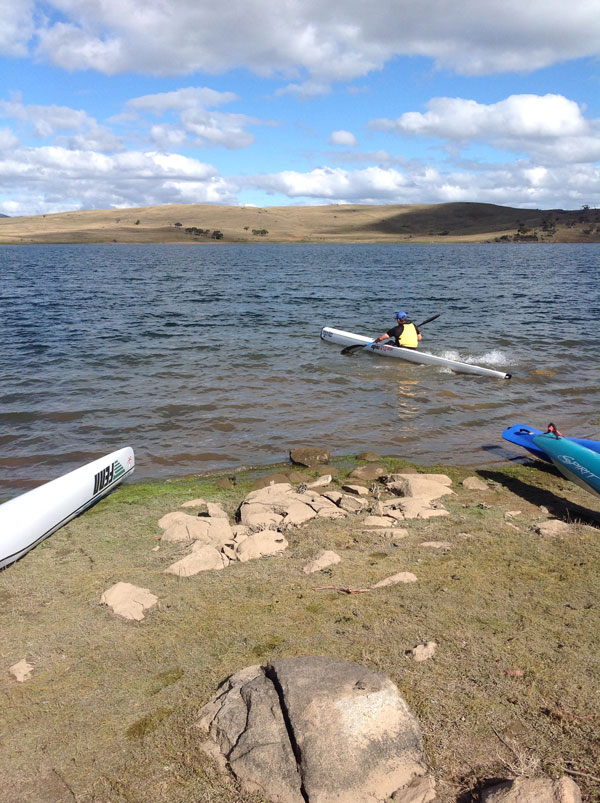 Then my darling daughter, Eva, so brave and without an ounce of whinging (cough, cough) completed the 6km run in 42 mins (28th overall). Ingrid helped her stay focused by pointing out all the apple trees along the way. I was very proud of her and I think she surprised herself. 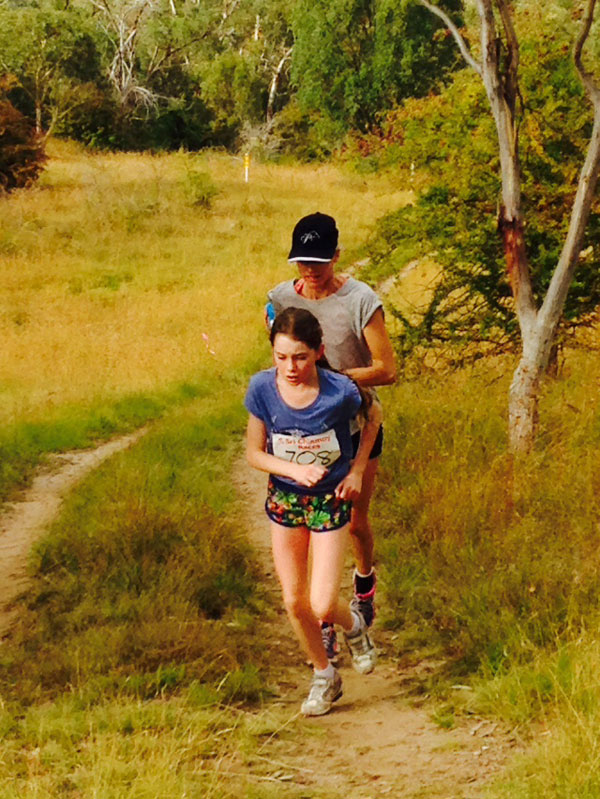 Next up was Arty who completed the 8km technical bike leg in a good time of 40mins (16th overall). This is a hard leg and many riders clip out or fall, so just to stay upright is a bonus.

Mel took on the swim next and this was her first open water swim for 2.5kms. Unfortunately, the water was very choppy this day and Mel was not feeling that great during the race. Nonetheless, it was a great effort and it would have been so easy to DNF but Mel kept on going. In the end Mel probably had the fastest breastroke component of her leg and the reddest face from exertion. 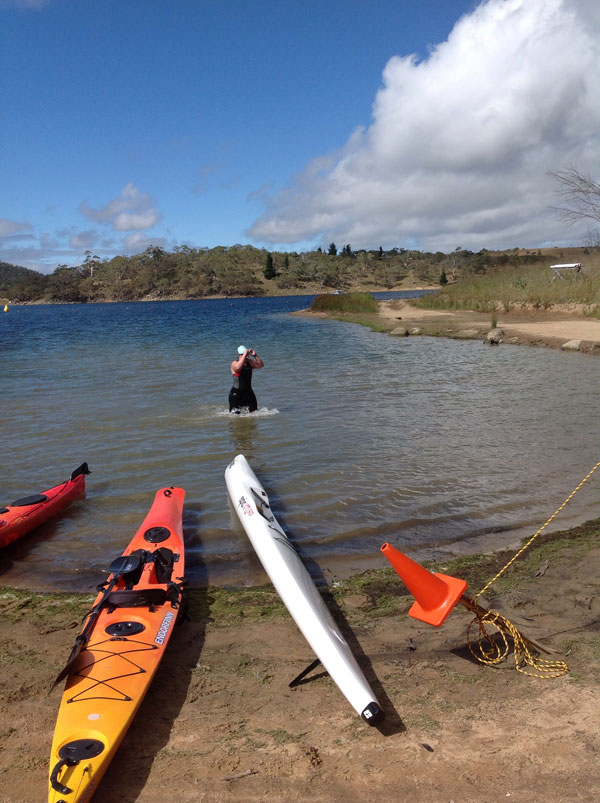 Justin blitzed the 5.5km paddle and so fast did he come into shore that his kayak landed 30m up from the shore’s edge. Well, perhaps a slight exaggeration, but he did come in fast.

Next was Jamie on the 11km mountain bike leg, out to avenge his poor navigation from last year. He even had Arty provide some company along with his GPS to assist with the navigation this year. However, they still managed to get lost. Jamie finished in 34mins (17th overall). The funniest part was seeing Jamie spinning at over 150rpm at the start being in the wrong gear!

Jim was up for the next leg and ‘up’ is an appropriate term as his leg was mostly uphill. The first 500m or so is down to the Thredbo River and then the next 12kms is all uphill from there. Jim finished in the excellent time of 80mins (8th overall). 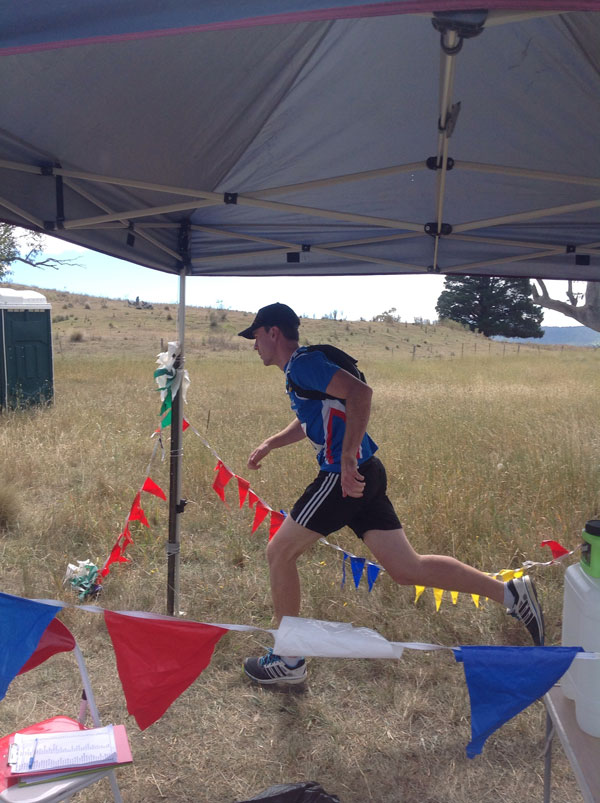 My leg was next. 42.8kms on the bike with 1400m vertical. I love this leg. It is hard but the scenery is amazing. I had my heavy dually this day as my racing hardtail bike was out of action, so I was expecting a slightly slower time than last year. I ended up doing 2mins slower in a time of 2hrs and 5mins (3rd overall). 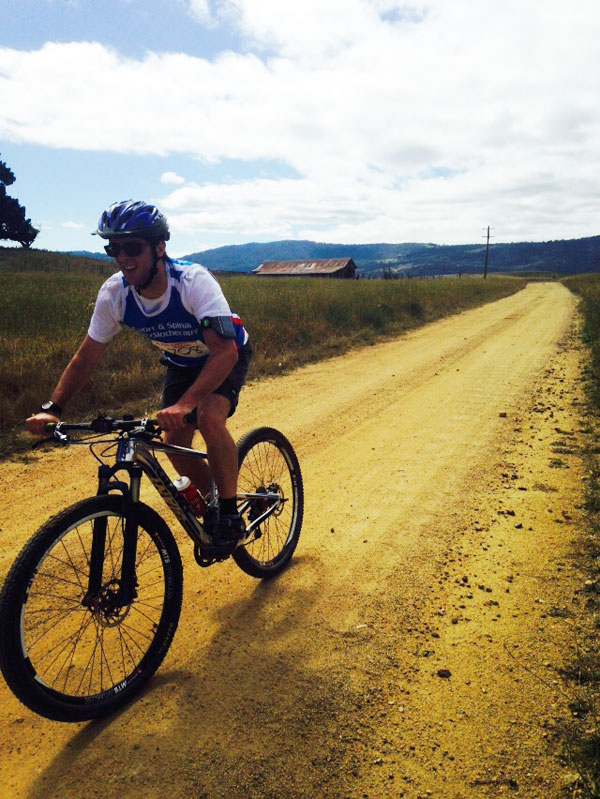 Next up was Bec for the 1.2kms swim. Bec was so confident in her skill as a swimmer and not wanting to be boastful, she decided to wear dark tinted goggles and zig-zag across the course just to give her fellow competitors a fighting chance. (just kidding). Actually, Bec did a great job and it is tricky racing in open water, so well done. 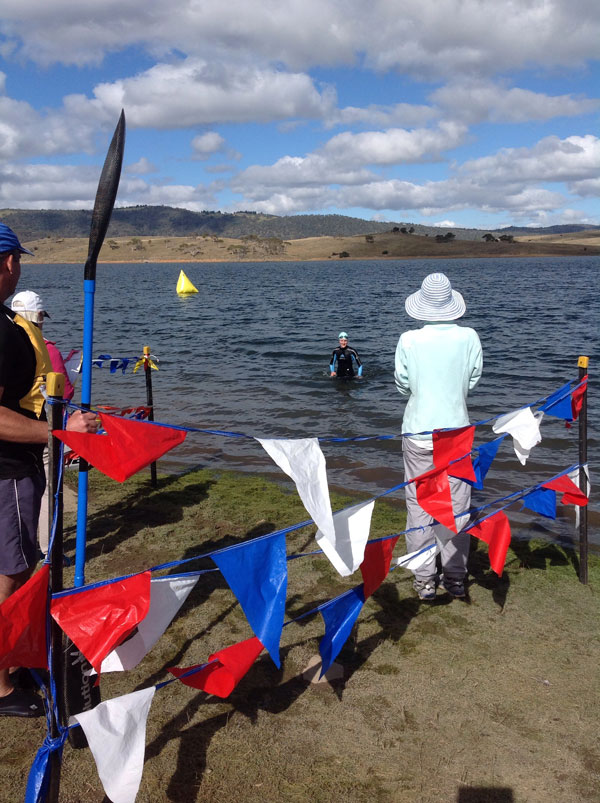 Justin had his 3rd and final paddle of the day taking on the 9.5km leg in trying conditions. A fantastic effort in choppy water with all 3 legs being faster than last year. A 57min paddle (8th overall). 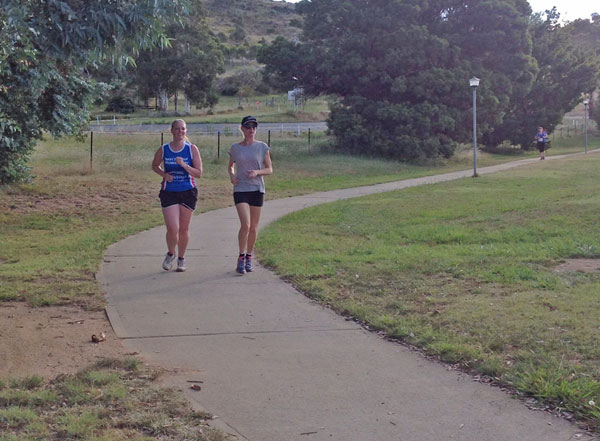 Last up was Cecilia in her new shoes to run the final 5km to the finish line. In fact we had a cohort of runners for this leg with Riley, Zoe, Carol and Ingrid joining Cecilia. Cecilia managed an excellent sprint to the finish line in front of a strong Jindabyne crowd. 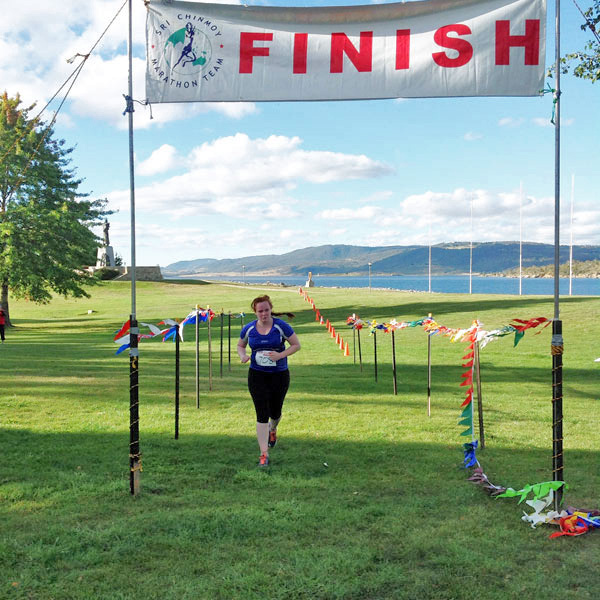 All up we came 13th overall out of 36 teams. I think this is a great result to have all team members and related family from the one business performing so well. Well done team and we will be back next year to fight again and maybe, just maybe, we might go a bit easier on the pre-race celebrations. But where is the fun in that! 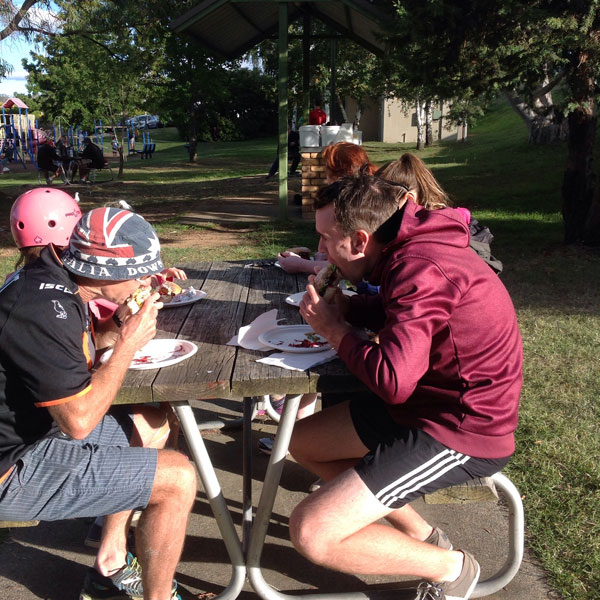 [Edit: It was reported from some team members that they were impressed, yet slightly perturbed with their bosses tactics of psyching out his competitors by walking around the transition zones without a shirt!  Is that how he achieved such good times?]

Craig is the practice principal of Sport & Spinal Physiotherapy. He attained a Masters in Sports Physiotherapy degree in 2000 at Sydney University studying foot injuries in runners and anterior knee pain in cyclists. He has been working as a physiotherapist for over 20 years and moved to Canberra over 12 years ago. He has been consultant physiotherapist for Balmain Rugby League, Eastern Suburbs Rugby, Australian Track & Field and Brumbies Rugby. His special interests include lower limb biomechanics, spinal instabilities and malalignments, bike fitting, running assessments, shoulder injuries and knee injuries. Craig was a former international level middle distance runner but now enjoys endurance mountain biking achieving a 2nd placing in the 2010 World Solo 24 hour Mountain Bike Championships. He also enjoys skiing, swimming, kayaking, gym work and spending time with his family.